A chip spreader is a unique self-propelled machine for laying of precoated chipping surface treatments provides long-time conservation and maintenance of the roads. It adopts the penetration method to spread the aggregate, powder, chips, macadam and asphalt macadam to the prim coat,undersealing layer, chip seal, and micro-surfacing of the pavement. Roads once constructed needs constant repair as it is prone to wear and tear due to weather influence and rolling traffics. A chip spreader through chip sealing gives special protective wearing surface to an existing pavement. For maintaining the quality and giving the roads a long-lasting effect, stone chipping is one of the most effective method and this is done by a chip spreader. 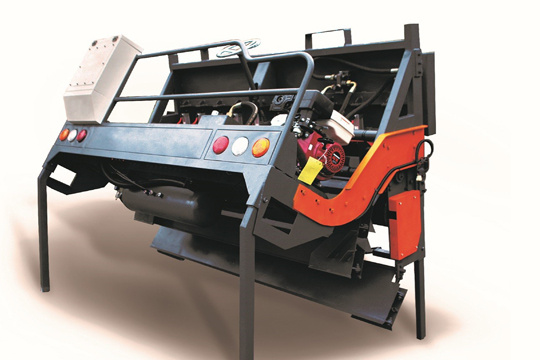 1. The chip spreader has 10 gates. Each gate is controlled by the independent cylinder while every cylinder is controlled by the independent on-off switch could indirectly control the gate through controlling the cylinder.
2. Each gate is equipped with micro-adjusting mechanism to control the garage. Then the chip spreading speed could be controlled to adjust the uniformity degree of spreading.
3. The special anti-skidding device for the roller keeps the spreading well–distributed.

Chip spreader is one of the important machine for the maintenance of an infrastructure. Its other applications are : Chip spreader distributes different quantities of chips for optimum grip of asphalt layers evenly.

Chip can be distributed directly behind the pavers.

It can also be applied to bituminous chips also.

Chip flows continuously without the problems of oversized grains and humidity.

A chip spreader is a unique self-propelled machine for laying of precoated chipping surface treatments provides long-time conservation and maintenance of the roads...

Automatic asphalt distributor is a kind of road machinery, It is applicable for layer-penetration oil, waterproof layer and bond coat at the bottom layer of high-level asphalt road... 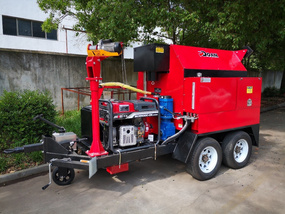 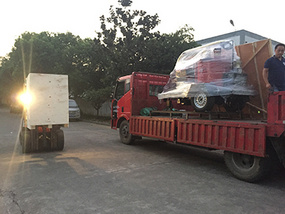